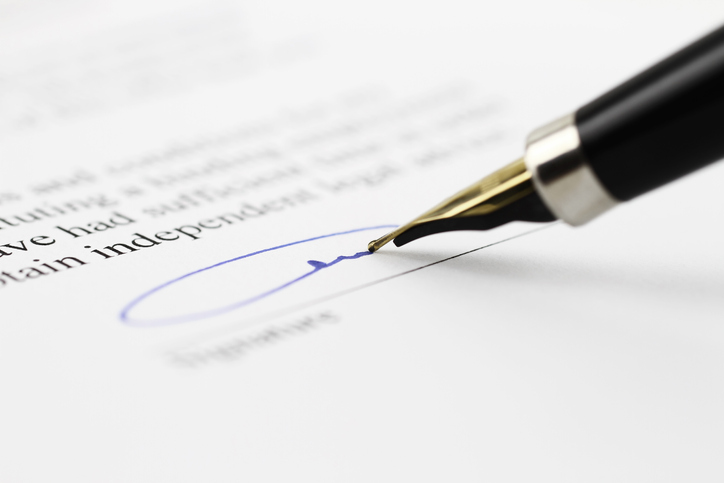 Let’s start with the basics – what is a personal guaranty? At its core, a personal guaranty is exactly what it sounds like; an agreement whereby a non-party contractually agrees to be liable for the complete performance of another. In essence, the “guarantor” or “surety” is guaranteeing that the indebted party will fulfill the contract terms and agrees to be held personally liable in the event of default. Sounds easy enough, right?

Requiring a non-party to assume the debt of another is not to be taken lightly and should never be done without a solid written agreement to ensure the creditor maximum flexibility in its enforcement.

This is crucial in California since a guarantor may be relieved of the obligation if the enforcing party (i.e., the creditor) acts in a way which alters or affects the original obligation under the agreement. California Civil Code §2819 states, “[a] surety is exonerated … if by any act of the creditor, without the consent of the surety the original obligation of the principal is altered in any respect, or the remedies or rights of the creditor against the principal, in respect thereto, in any way impaired or suspended.” Under Civil Code §2845, “[a] surety may require the creditor … to proceed against the principal, or to pursue any other remedy in the creditor’s power which the surety cannot pursue, and which would lighten the surety’s burden; and if the creditor neglects to do so, the surety is exonerated to the extent to which the surety is thereby prejudiced.” In plain English, this means that if the creditor modifies or amends the original indebtedness or seeks recovery from the guarantor first before seeking relief from the indebted party and/or any collateral securing the debt, the guarantor’s obligation may be subject to termination.

But a personal guaranty is like any other contract and is deemed a separate agreement in and of itself apart from any agreement between the creditor and the debtor. Because the personal guaranty is a separate agreement, the parties to it are bound by its terms, and limitations to its enforcement can be predetermined and dispelled up front. In fact, a creditor is entitled to seek payment from the guarantor only as permitted by the personal guaranty. To that end, a good personal guaranty should contain clear provisions waiving entitlement to certain Code sections, including those discussed above. California courts routinely uphold waivers agreed upon by a guarantor in the absence of fraud. Union Bank v. Ross (1976) 54 Cal.App. 3d 290, 294-295 (“[t]he Rosses argue that the law requires a creditor to sell collateral on demand if it is sufficient in value to satisfy the obligation. Although this is a correct statement of the law [citations omitted] the Rosses waived their rights” in a personal guaranty and “a waiver of the right to proceed against collateral is valid.”). Accordingly, depending on the wording of the personal guaranty, the creditor may be entitled to payment from the personal guarantor without first enforcing its rights against the debtor or even warning the guarantor of a default.
If the original obligation is secured by real property, provisions regarding rights to offset and waivers dealing with California’s anti-deficiency and one-action statutes (under Code of Civil Procedure §§580 and 726) are also extremely important.

Guaranties can also be “limited” or “unlimited” and relate to a single loan transaction or be a “continuing guaranty” whereby the guarantor remains liable for an indefinite time for the repayment of debtor’s past, current, and future obligations. While a limited guaranty places certain limits on the extent of the guarantor’s obligations, an unlimited guaranty does not limit a guarantor’s obligation to any particular time period or amount.

There are many instances in which requiring a personal guaranty as part of a loan transaction makes good business sense. One of the most common is when the borrower on a construction, fix’ n’ flip or other real estate loan is a single purpose LLC or thinly capitalized business entity. In those instances, the LLC could easily “walk” when property values dip or the project is no longer cost effective, leaving the lender with an under-water property. Requiring the principals of the business entity to sign personal guaranties will make the LLC or Corporation think twice before walking away.

Likewise, enforcing a personal guaranty can be equally as tricky. Regardless of the guarantor’s willingness to sign “anything” to get the loan, the guarantor will undoubtedly fight to avoid any attempt to enforce the guaranty. Some of the common defenses include, but are not limited to:

Personal guaranties should be part of any lender’s efforts to protect itself when lending to an LLC or other business entity. However, the specific language of the guaranty should not be an afterthought, only considered after the deal goes sideways and it’s time to sue on the guaranty. Instead, lenders should take special care at the front end of the loan, customizing the personal guaranty to meet their specific needs on that particular loan.

Disclaimer: The above information is intended for information purposes alone and is not intended as legal advice.  Please consult with counsel before taking any steps in reliance on any of the information contained herein.