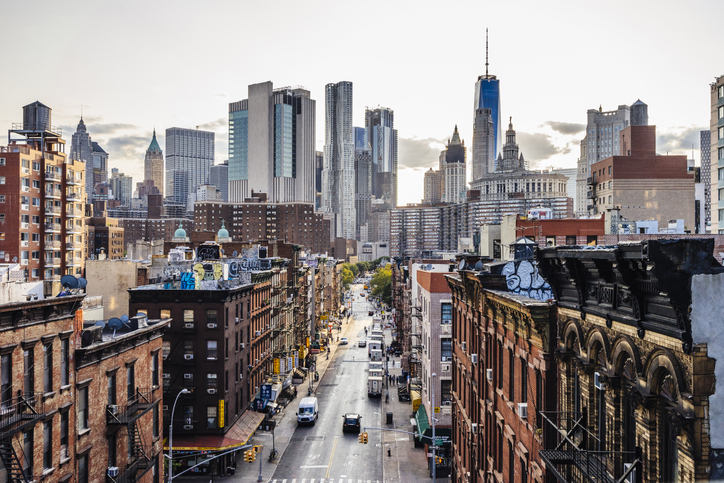 From the perspective of hotel and office building owners stuck with unproductive assets, the Housing Our Neighbors with Dignity Act provides a much-needed lifeline. However, under Senate Bill S5257C, these property owners could find themselves selling for a lower price as the only buyer will be the government or its partners.

Two rival CRE conversion proposals went toe-to-toe before the adoption of Senate Bill S5257C. The bill proposed by the New York Senate, known as the “Housing Our Neighbors with Dignity Act,” competed against a contrasting proposal from former Governor Cuomo earlier this year.

Cuomo’s proposal in January 2021 would have enabled certain types of vacant hotels and office buildings in specific districts to be converted into multifamily properties. Under this proposal, developers would have a two-year window to make the conversions and would have been required to set aside 25 percent of the units for affordable housing. While Cuomo has since resigned as Governor, this plan could have been a blueprint for newly appointed Governor Hochul to work from.

Then came Senate Bill S5257C, which the Governor has since signed. This bill is a radical departure from Cuomo’s proposal and relies almost entirely on the public sector to convert CRE into residential units.

Meanwhile, local real estate developers looking to convert vacant CRE units are going through a period of uncertainty. It is crucial to understand the difference between the two proposals and the impact this legislation will have on the market.

A deeper look into Cuomo’s plan:

Included in the State Senate proposal:

Possible Impacts of the Proposals

From the perspective of hotel and office building owners stuck with unproductive assets, the Housing Our Neighbors with Dignity Act provides a much-needed lifeline. However, under Senate Bill S5257C, these property owners could find themselves selling for a lower price as the only buyer will be the government or its partners.

This brings us to the significant issue with the bill, in that it effectively freezes out the private sector from having any involvement in the conversions. This will have several significant drawbacks for all stakeholders.

First, it will limit the number of converted properties significantly because of the State’s limited budget. This decision could result in fewer affordable units delivered, compared to the 25% of affordable units from a likely much higher number of total conversions under Cuomo’s private sector backed-plan.

Second, the capital costs of the State Senate proposal will come out of the taxpayers’ pockets. In contrast, Cuomo’s plan would have transferred the cost of the conversions to affordable housing units onto the developers.

Moreover, the New York City real estate industry is going through a profound transformation given the impact of COVID-19 and the shift to working from home. The private sector should help facilitate this transformation.

The rival proposals were established on two different ideologies:

Ruben Izgelov is the Co-Founder & Managing Partner of Nationwide Private Lender, We Lend, and a Founding Member of the National Private Lenders Association.